This event has passed.

The bicentennial programming and event theme for November is veterans and patriotism. Members of the Veteran’s Coalition, Jackie Utley and Gwen McCaffrey McReynolds will speak on the past, present and future of veteran affairs in Jackson and Madison County.

“Jackie and Gwen have a passion for veterans affairs and have made a substantial impact on the lives of many West Tennesseeans,” said Bicentennial Chairman Elaine Christian. “We encourage anyone with a passion for history and patriotism to attend this presentation and invite a veteran.”

All veterans in attendance will be recognized.

As this is a catered event, advance tickets are required for attendance. The cut-off for purchase is 6 p.m. the Tuesday prior to the event. Tickets will not be sold at the door. Tickets are $12 per person and can be purchased using a debit or credit card at  fffnov2021.pushpayevents.com 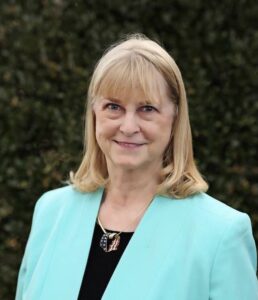 Jackie Utley is a member/chair of the West Tennessee Veterans Coalition. She has been an advocate for area veterans for years, conducting pinning ceremonies for Vietnam War veterans, and organizing donations and activities for residents of the TN State Veterans Home in Humboldt. Jackie has directed the Veterans Day “Celebrating Our Veterans” program for the past five years, and has worked on the Veterans Day Committee for the past nine years. She received the 2021 Multiplying Good Jefferson Award for her work with veterans, and was named the 2021 Vietnam War Commemoration Tennessee Volunteer of the Year.

The West Tennessee Veterans Coalition is a 501(c)3 organization of veterans organizations, civic and church groups, and individuals who are united to support our veterans. Past activities include the send-off and welcome home of the TN National Guard 194th Engineer Brigade; memorial coins for the families of veterans interred in the Tennessee State Veterans Cemetery at Parkers Crossroads; annual veterans patches distributed to 5000 area veterans; and support and coordination of the annual Veterans Day program and parade. Membership is free and open to any veterans, active duty, or civilians.

Gwen is the daughter of a military man. Her father, James Robert McCaffrey, served in the Navy during WWII and eventually made a career in the Air Force. Her grandfather, Reuben Wilson Loggins, Sr., was in World War I and was a charter member of the Mulherin Post #85 of the American Legion. As the daughter of a veteran and the wife of a career military man, Gwen’s mother, Bettye Loggins McCaffrey, instilled a deep respect for veterans. One of the first poems Bettye taught Gwen was “In Flanders Field.” Her father and mother remained active in veterans’ activities until J. R.’s death in 1978 and Bettye’s in 2021.

After her dad’s retirement, the family moved to Dyer, Tennessee where Gwen graduated from Dyer High School. She has a BA in English from Bethel College and a MA in Elementary Education from Memphis State. She retired after 32 years in teaching with 22 of those being in the Jackson and Jackson Madison County school systems. She has been married to Gene McReynolds for 40 years. They have one son and two grandsons. Gwen fills her retirement time with her family, her church, her dolls, genealogy and membership as chapter historian in the Daughters of the American Revolution.